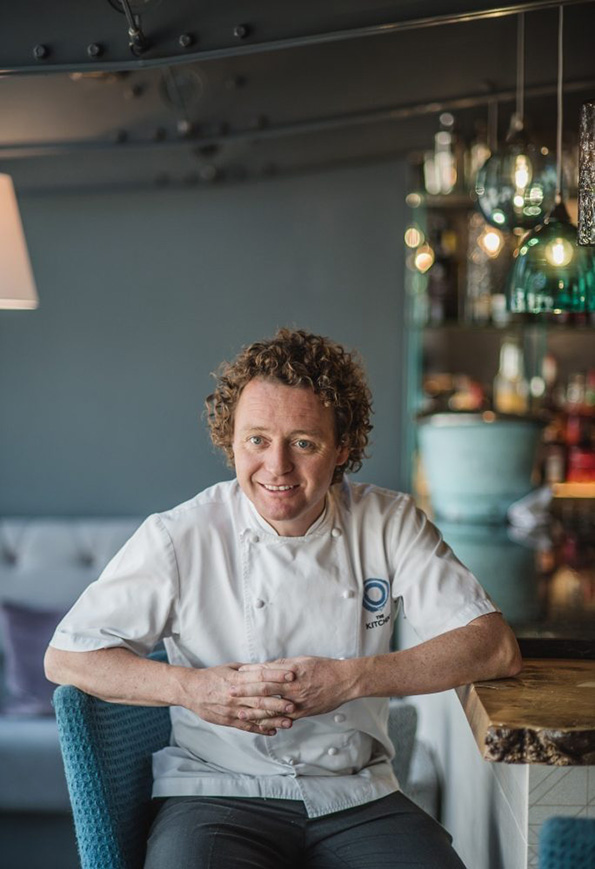 Gleneagles has announced that Edinburgh-based Michelin Star Chef, Tom Kitchin, who started his career as a trainee chef at the iconic Perthshire hotel, will offer the latest addition to its exclusive afternoon series from 1-7 October.

Inspired by the hearty and popular cuisine of Kitchin’s Scran and Scallie gastropub in Stockbridge, The Tom Kitchin Afternoon Tea is the third in a series of bespoke afternoon teas designed by acclaimed guest chefs, including Michelin Star Chef Andrew Fairlie, William Curly and Lady Claire Macdonald.

Bringing his ‘From Nature to Plate’ philosophy to Gleneagles, Tom’s unique afternoon tea has been conceived as a celebration of his local roots and Scottish ingredients. Brought to life by Gleneagles’ team of expert pastry chefs, the afternoon tea is inspired by the fruitful provenance of the local area and will include hearty savoury treats such as steak pie, curried crayfish and a cullen skink fish cake. The sweet pastries will comprise delicious, traditional miniature puddings including a lemon meringue pie and treacle tarts.

Tom said: “It’s a real honour to have been asked back to Gleneagles and be able to put my own twist on the hotel’s iconic afternoon tea menu. Gleneagles is where I began my career as a young trainee chef at just 16 years of age, so it’s a pleasure to be able to give something back. This afternoon tea is a true celebration of Scotland’s natural larder and the flavours and ingredients available on Gleneagles’ doorstep.”

Tom is the youngest Scot to ever win a Michelin Star, aged just 29, and is now a nationally regarded icon in the culinary industry. Having been raised on the doorstep of Gleneagles by the shores of Loch Leven, Tom’s homegrown talent was inspired by his local landscape and nurtured in Gleneagles’ own kitchens when he was a trainee chef in the 1990s. He then earned his craft working for some of Europe’s grand chefs. Tom has since gone on to open restaurants around Scotland’s capital, including modern gastro pub, The Scran & Scallie and his eponymously named restaurant, The Kitchin, in the Shore area of Edinburgh.

The Tom Kitchin Afternoon Tea is available between 1-7 October 2018 for £40 per person or £57.50 including a glass of rosé champagne. For more information and to make a reservation, visit www.gleneagles.com or contact Gleneagles’ dining reservations team on 01764 69 4270. Complimentary transfers are available by prior arrangement from Gleneagles Train Station.