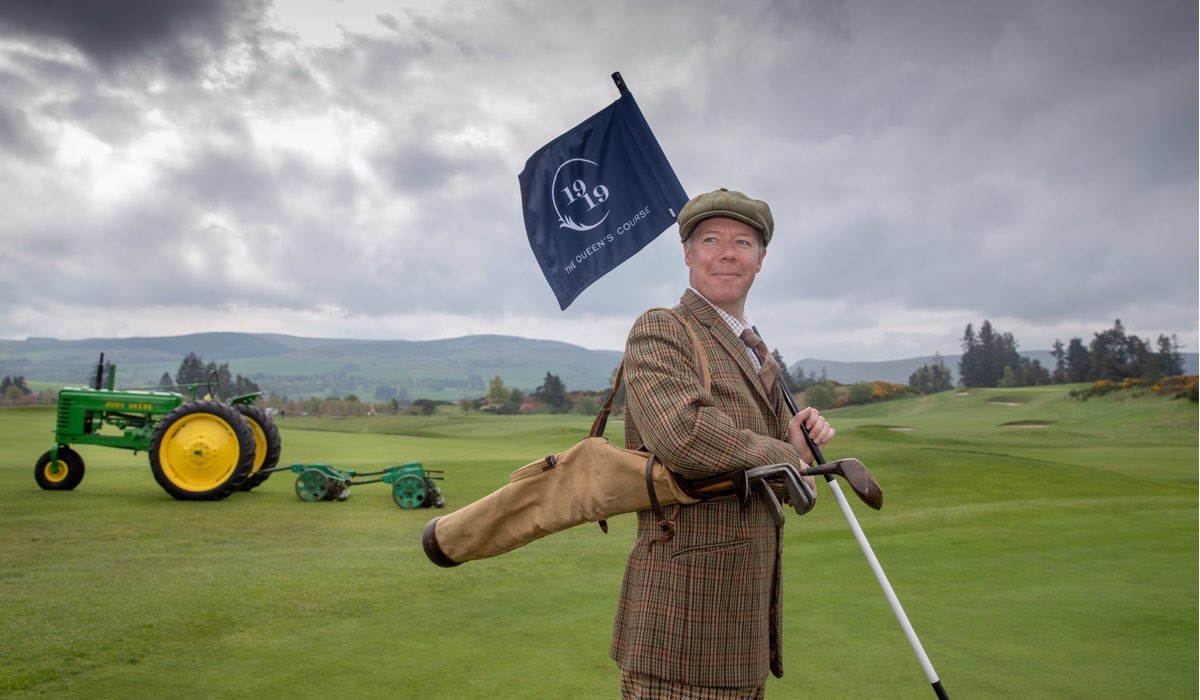 Wednesday 1 May proved a memorable and historic occasion on Gleneagles’ golfing calendar, the day officially marking the 100-year anniversaries of The King’s and Queen’s Courses.

We celebrated in fitting style with golf staff members donning traditional attire of the post-war era and taking to the turf with hickory clubs. Golf professional and golf vlogger, Peter Finch, was part of the day’s activities, along with Gleneagles club members.

Indeed, as part of the centenary celebrations, all members experienced playing with a full hickory set over the 11th on The King’s and the 14th on The Queen’s. 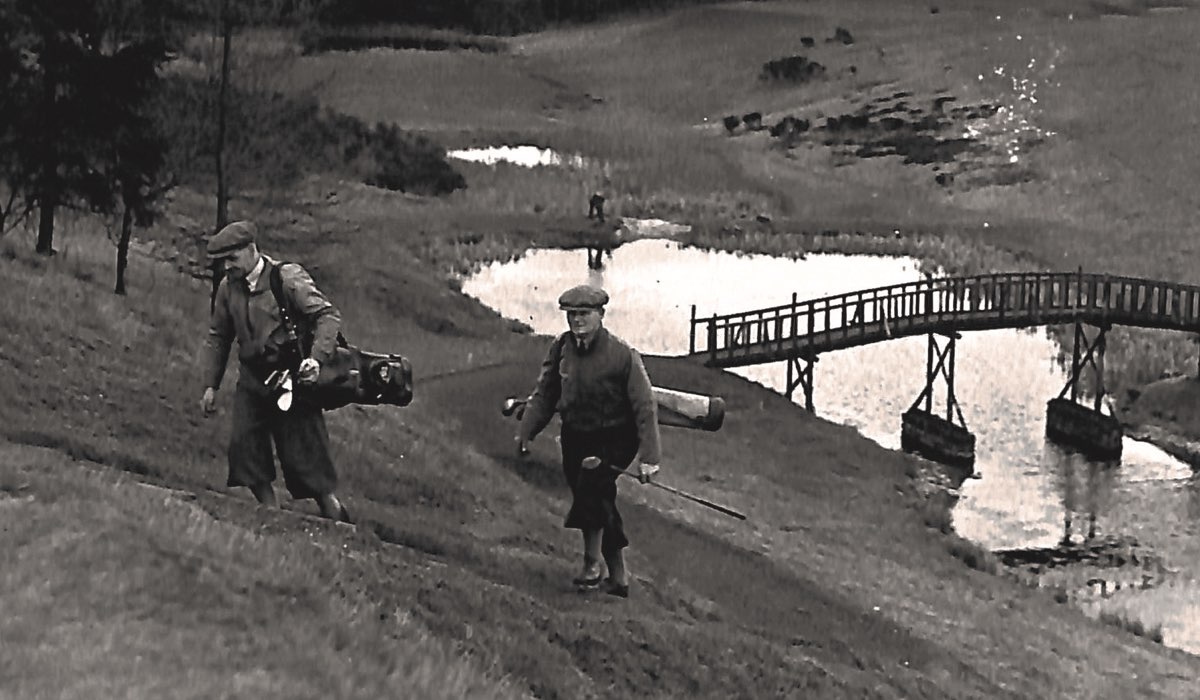 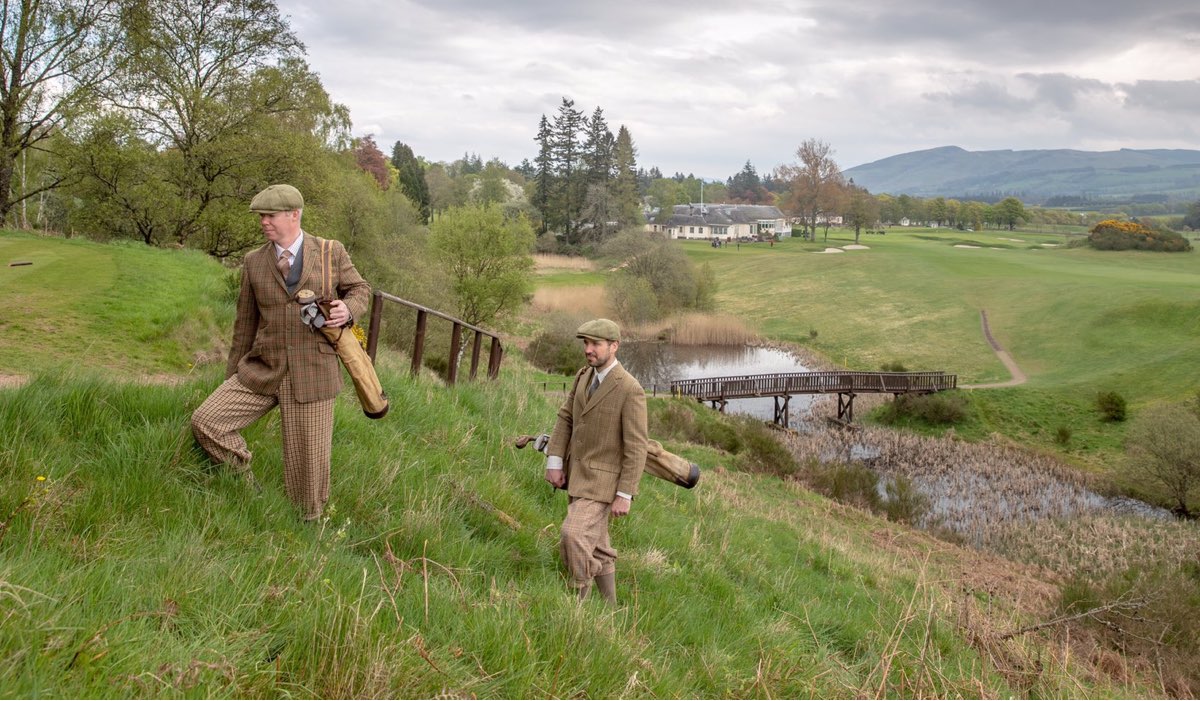 Golf operations manager, David Blackadder said: “It was a fantastic occasion enjoyed by all. It was great to see the development of the courses and modern technology versus hickory whilst experiencing the original course layout, certainly enjoyable in 1919 as it is in the present day.”

Other celebratory events are planned to mark 100 years of golf for visiting golfers and hotel guests, including the International Pro-Am Tournament which is staged from 23 – 26 July.

Designed by James Braid, and created using nothing more than manual labour and horse and cart, it was on 1 May 1919 when The King’s (6,125 yards) and Queen’s (2,505 yards), royal names befitting their standard, officially opened. By September 1925, The Queen’s was extended to 18 holes, as two masterpieces of design nestled in the dramatic landscape of heathland and woodland.

The King’s soon became a regular venue for leading events, including The Glasgow Herald 1,000 Guineas Tournament in 1921. Beforehand, on 6 June 1921, the first-ever ‘International Challenge Match’ between British and American professionals took place, a match regarded as ‘an inspiration to the Ryder Cup’.

The Curtis Cup, the Dunlop Tournament, International Pro-Celebrity Golf, the Bell’s Scottish Open and the McDonald’s WPGA Championship of Europe are just some of the events to be staged on both courses down the years, with famous faces from golf, sport and film teeing up – Bing Crosby, Sir Sean Connery, Sir Jackie Stewart, Lee Trevino and Jack Nicklaus among them. 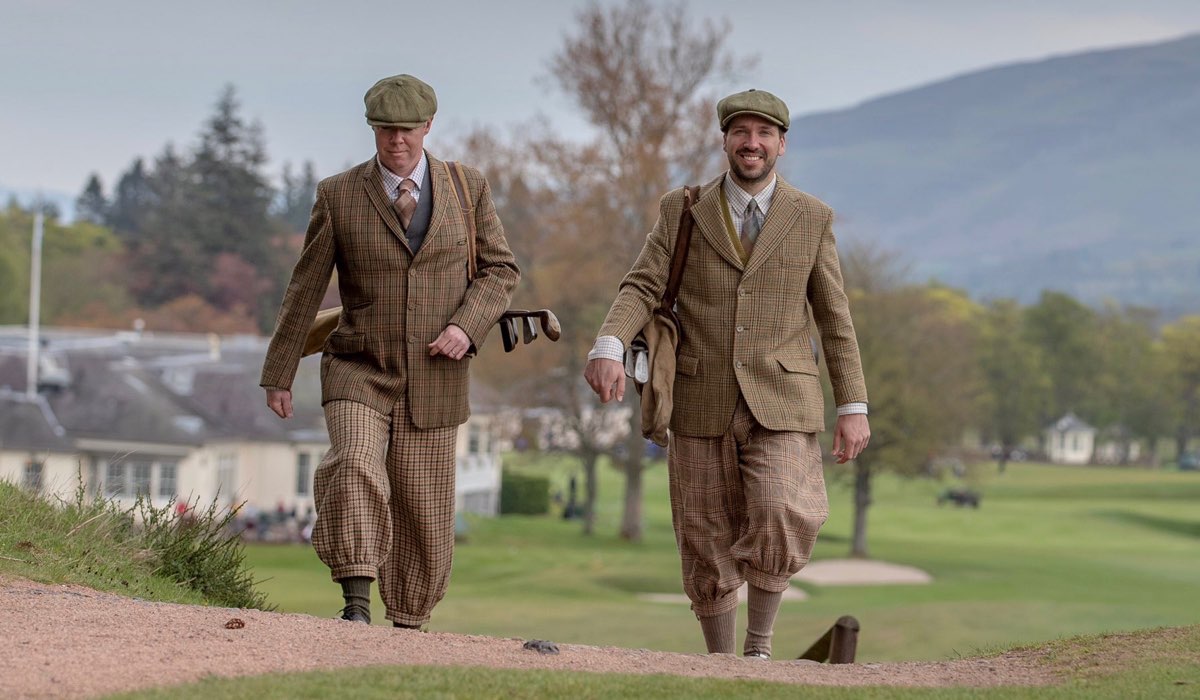 Conor O’Leary, general manager at Gleneagles, added: “We are custodians of an important piece of golfing history in our King’s and Queen’s Courses, and our celebrations will appropriately recognise the contribution these hallowed fairways and greens have made to the world of golf, and Scotland as an international visitor experience.” 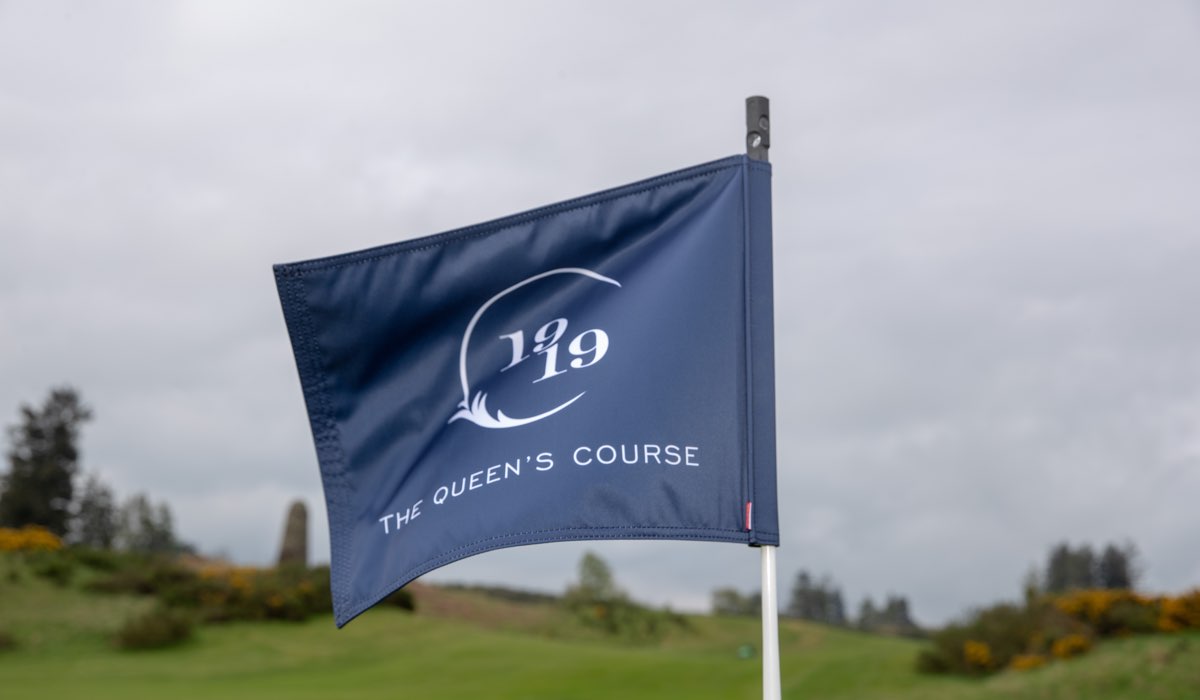