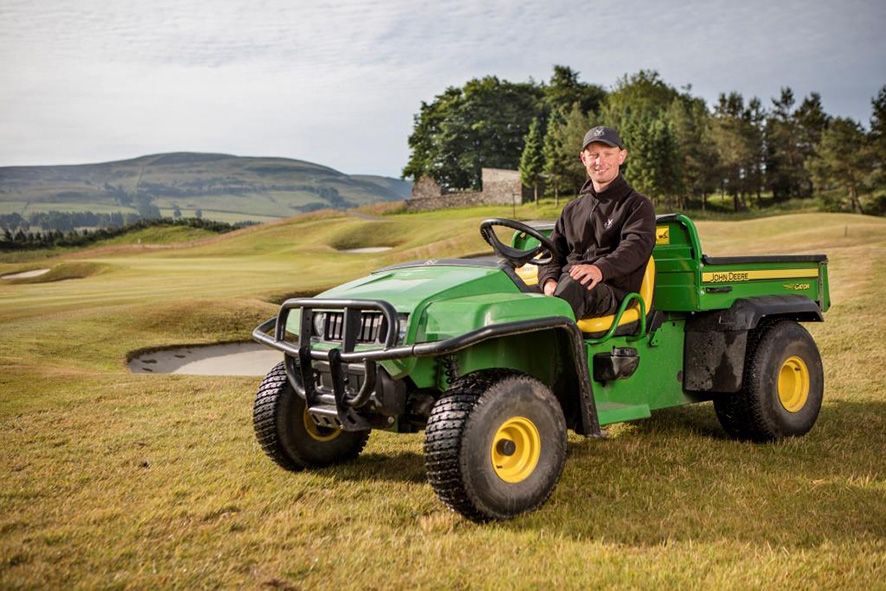 Greenkeepers from across the world are being invited to play a part in one of sport’s most exciting and prestigious events, as Gleneagles makes a call for Solheim Cup volunteers.

The 2019 Solheim Cup Host Venue – which will welcome the world’s golfing elites on 9 – 15 September 2019 – is looking for greenkeepers at all levels, to support the team in maintaining its three championship courses, The PGA Centenary, The King’s and The Queen’s.

The tournament is set to attract more than 30,000 spectators each day, as well as around 5,000 staff and journalists from around the globe, and will have a projected global reach of more than 350 million households.

Successful volunteering applicants will join Golf Courses Manager, Craig Haldane, and his team, to showcase to the world the finest greenkeeping practices in the industry – and help provide the ultimate playing conditions for the competing teams.

With less than a year to go until the might of European and American golf go head to head at Gleneagles, excitement is mounting and the team is busy implementing the minor changes required for tournament level play.

The PGA Centenary has already received praise from European and USA captains, Catriona Matthew and Juli Inkster, both of whom have visited Gleneagles ahead of the event to familiarise themselves with the course and venue set-up.

In what is set to be a bumper year of sport at the iconic Perthshire sporting estate, the unique volunteering scheme will also give successful candidates the opportunity to help maintain Gleneagles’ two iconic Braid-designed courses, The King’s and The Queen’s, which celebrate their centenary in 2019.

The King’s Course will also play a pivotal role during the tournament week, when it hosts The PING Junior Solheim Cup for female amateurs, which will see a dozen of Europe’s top junior players battle it out to claim back the trophy won by the American team in 2017 at Des Moines Golf & Country Club, Iowa.

Craig Haldane, Gleneagles’ Golf Courses Manager, said: “This is a once-in-a-lifetime opportunity to join a team of outstanding professionals at one of the world’s most iconic golf destinations, and gain hands-on experience during one of the most thrilling events on the sporting calendar.

“In addition to guaranteed time over The PGA Centenary – either as part of morning set up, evening preparations or as a support to the groups during the event itself – the successful applicants will also gain coveted experience on our King’s and Queen’s Courses, during our centenary celebrations.

“With the eyes of the world on all three of our courses in 2019, as a career development opportunity – and the chance to say ‘I was there’ or ‘I played an important part in that’ – it doesn’t get much better.”

Greenkeepers who are selected will be provided with accommodation, all meals and drinks, as well as a Gleneagles uniform.