Banking the crop of the season 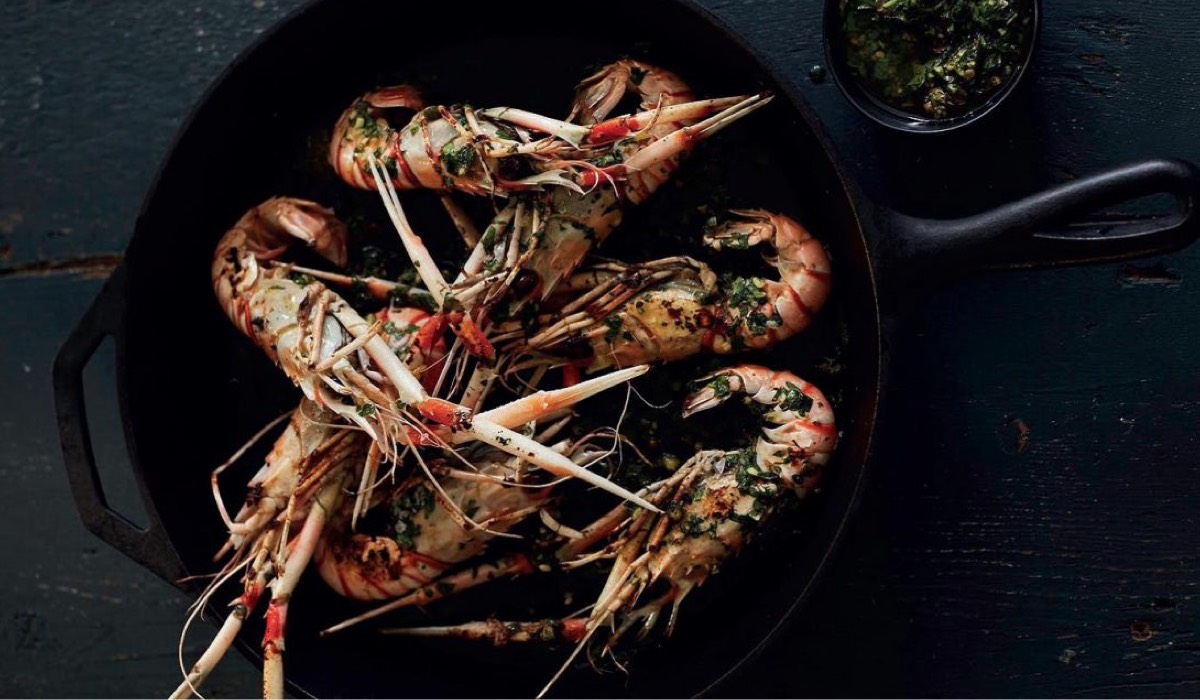 From city bank to country estate, Simon Attridge explains the lure of Scotland's natural larder and why shellfish and game are on the menu this season.

In the noise and hubbub of the Strathearn kitchen – amidst pots of steaming stock, rows of silver cloches, and trays of prepared mise en place – Gleneagles’ new Executive Chef, Simon Attridge, is shelling a pile of orangey-pink langoustines for dinner service.

“The sight of a box of live, extra-large langoustines in a kitchen at first light is a vision of beauty for any chef,” he says. “For me, they’re the most beautiful and delicious of all the Scottish shellfish, and preparing them is one of my favourite kitchen rituals,” he explains, pressing down on a langoustine tail until the shell makes a satisfying crack.

That Scotland’s most beautiful crustacean was, for decades, mostly battered, deep fried and served up in pubs as ‘scampi and chips’ is a mystery to Attridge. “Langoustines are sweet like lobster, but more delicate, so they shouldn’t be messed around with too much or mixed with too many complex flavours – the clean, simple flavours of lemon, apple or truffle work well.” 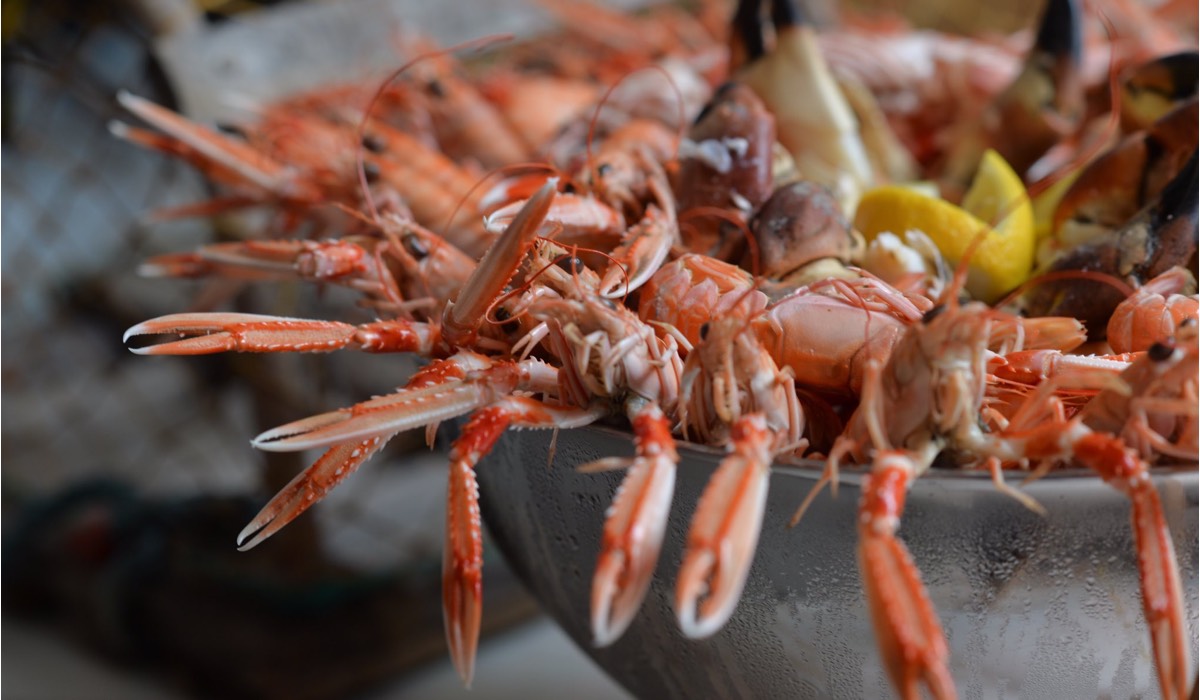 Langoustines are abundant in the clear, cold waters of Scottish lochs and are one of Scotland’s great exports. In fact one-third of all the langoustine landed worldwide comes from Scottish waters. The ones used on Gleneagles’ menus are creel-caught at Tarbert, an inlet of Loch Fyne, and are delivered daily to the estate.

Before being appointed in 2017 to lead the 125-strong kitchen team at Gleneagles, Attridge headed up the impressive catering operation at UBS Bank in the City of London. He also held senior positions at the Shangri-La Hotels group, as well as head chef roles at the Michelin-starred Drakes on the Pond and Heston Blumenthal’s Riverside Brasserie.

The move from London to rural Perthshire was one he was eager to make. “As soon as I arrived at the gates, I knew I wanted to work here, join an amazing team, and be a part of this iconic brand’s new chapter,” he explains. “For a chef, though, the best thing about this part of the world is the vast larder of outstanding regional produce.”

“We change our menus regularly, to reflect the shifting seasons and make the most of these incredible ingredients at the right time,” says Attridge, “and this time of year is when shellfish and game are at their very best.” 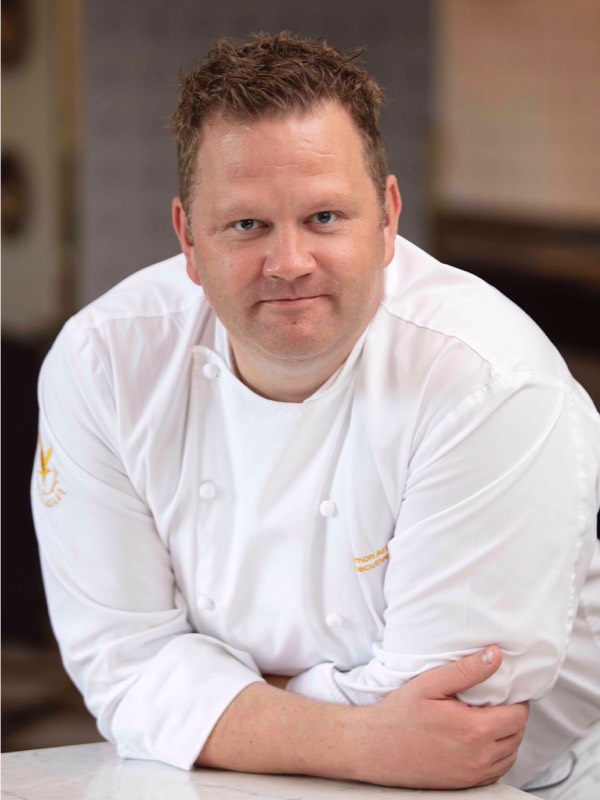 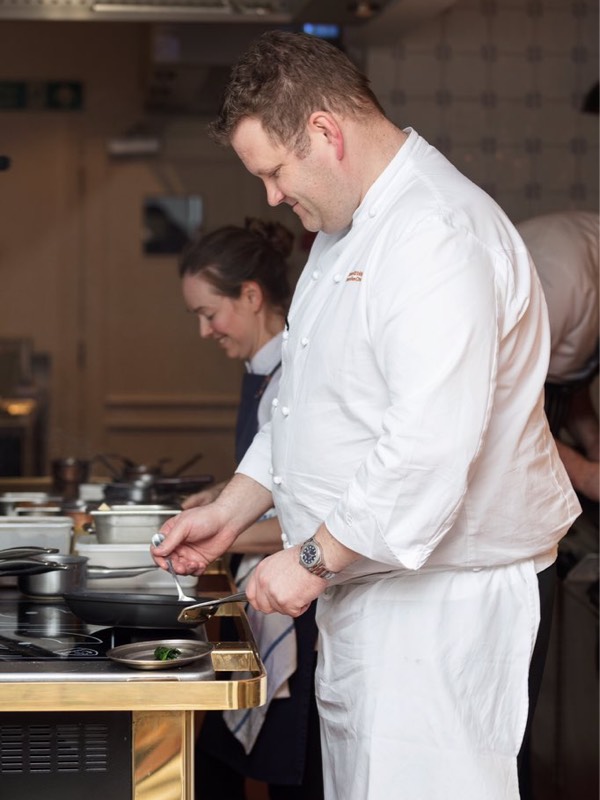 “Our wild venison comes from deer that have roamed freely across Scotland’s glens and mountains,” says Attridge. “This natural environment is what makes the meat richer and leaner than the farmed version; we’re lucky to have game with such an enviable provenance.”

Venison and langoustines are just a couple of the mouth-watering local ingredients the team will be showcasing on this season’s menus. “With produce like lobster, partridge, pheasant and winter chanterelles all in season, the surrounding fields, woods, mountains and waters are a cook’s paradise,” Attridge explains. “We have access to some of the finest and freshest seasonal produce in the world, and that makes me and the team – and in turn our guests – very happy,” he smiles.