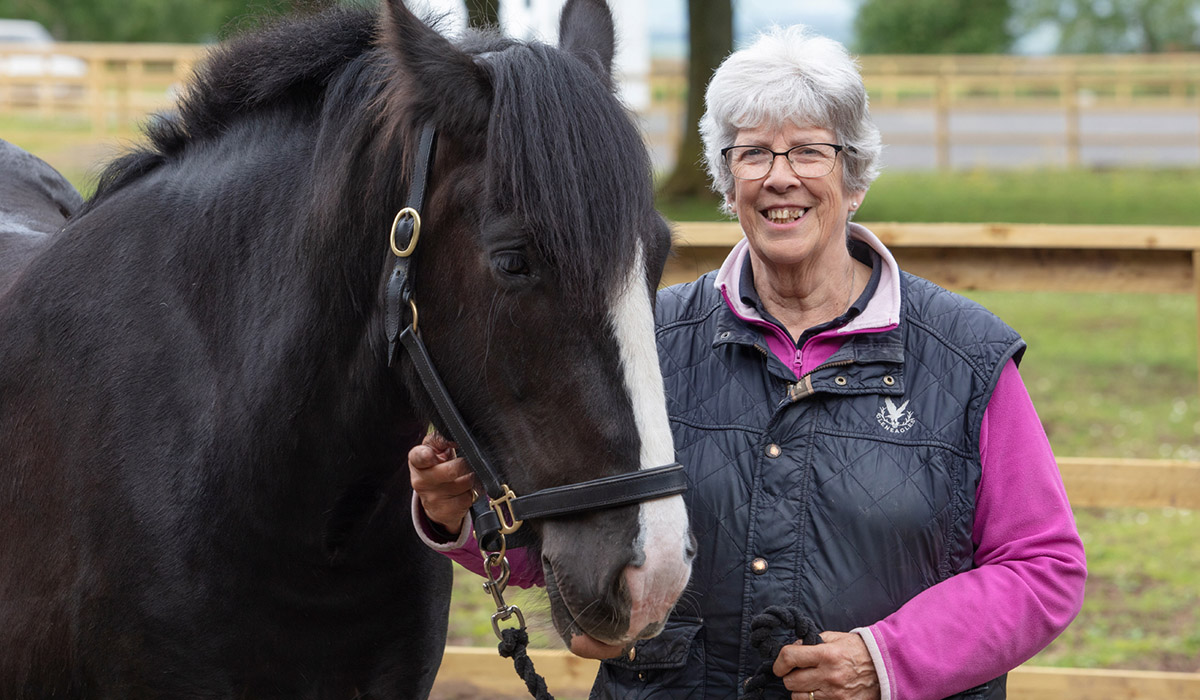 We’re thrilled to learn that our Equestrian Event organiser, Jane Cepok, has been honoured in the Queen’s Birthday Honours list as a ‘Medallist of the Order of the British Empire’ (BEM).

Jane Cepok, who joined Gleneagles as a coach when the Equestrian School first launched in 1988, has been recognised for her unwavering commitment and service to the Riding for the Disabled Association (RDA), the Pony Club and equestrian sport.

Since 1994, Jane has been Gleneagles’ Equestrian School Event Organiser, managing the delivery of a jam-packed calendar of affiliated and unaffiliated events, from adult and junior showjumping and British Dressage shows to Hunter Trial cross country events.

For the last thirty years, Jane has also been the coach for the Auchterarder group of the Riding for the Disabled Association (RDA) which is held at Gleneagles and provides disabled children with life-changing experiences and the chance to participate in an activity they might otherwise never have the opportunity to enjoy. 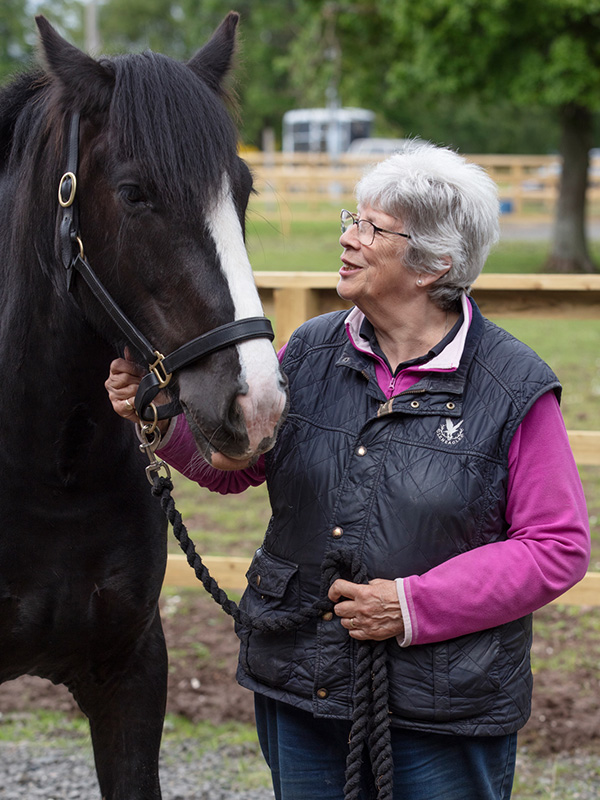 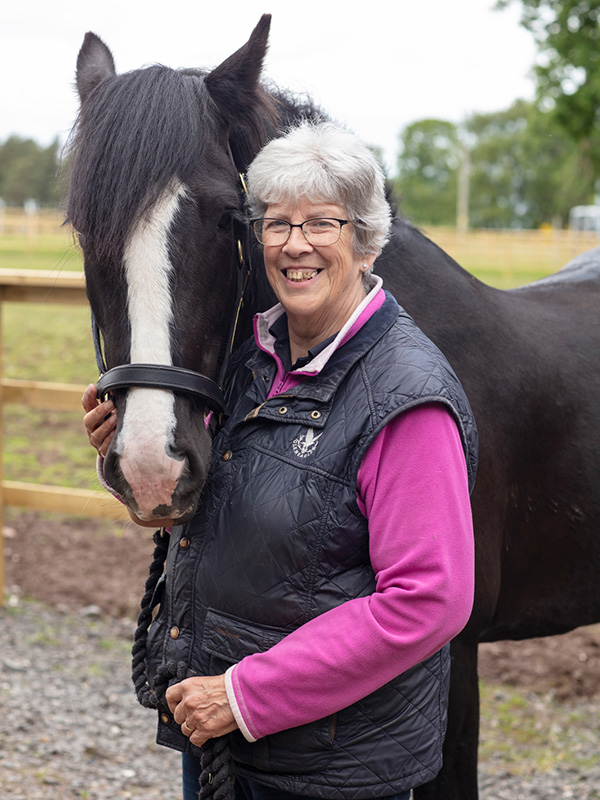 “I’ve managed to build a career and life for myself that revolves around my two greatest passions – children and animals. The old adage that one should never work with the two is complete rubbish; in my opinion, the two go together very well!”

As part of the role, Jane spends a great deal of time preparing for each session. “There’s a huge amount of planning involved in addressing the children’s individual challenges and concerns – whether that’s anxieties about too much noise, touch or movement – to ensure we’re carefully aligning each child with the right horse.”

A horse’s ability to understand and respond to people’s emotions, feelings and needs is, Jane says, quite extraordinary.  “They’re big, powerful animals, but the depth of relationship you can develop with them is unlike any other.  I would tell my horse anything before I would tell a human,” she laughs.  “Our horses and ponies at Gleneagles instinctively know if a child is apprehensive or has a special need or a developmental disability; it’s wonderful to see the children form such deep bonds with them.”

Over the decades, Jane has seen the positive impact the RDA has had on the lives of many children, including one teenager she remembers particularly well.  “When he first arrived at Gleneagles, he didn’t speak a word and his carer told me he had never talked.  He was very scared of mounting the pony and so, for the first three weeks, we just encouraged him to walk beside the pony.  By the fourth week, he was happy to sit on the pony and we were able to lead him round the arena.  The next day, I got a phone call from his carer who was in tears because the young lad had begun to speak for the first time.”

Jane has also dedicated much of her life to the Strathearn branch of the Pony Club. “It’s very dear to my heart,” she says.  “I’ve been a member all my life and an instructor with them since I was 17.  For the last quarter of a century, I’ve been the district commissioner, following in the footsteps of my mother who also did the role, and all these years later I still absolutely love it.”

Learning she had received the BEM, Jane experienced a mixture of joy and shock. “I still feel completely overwhelmed.  When the letter arrived on my doorstep with the formal royal crest on the envelope, I didn’t have a clue what it could be.  I find it so astonishing that I’ve been rewarded with this huge accolade for doing something that is both my privilege and pleasure.

“I’ve managed to build a career and life for myself that revolves around my two greatest passions – children and animals. The old adage that one should never work with the two is complete rubbish; in my opinion, the two go together very well!”