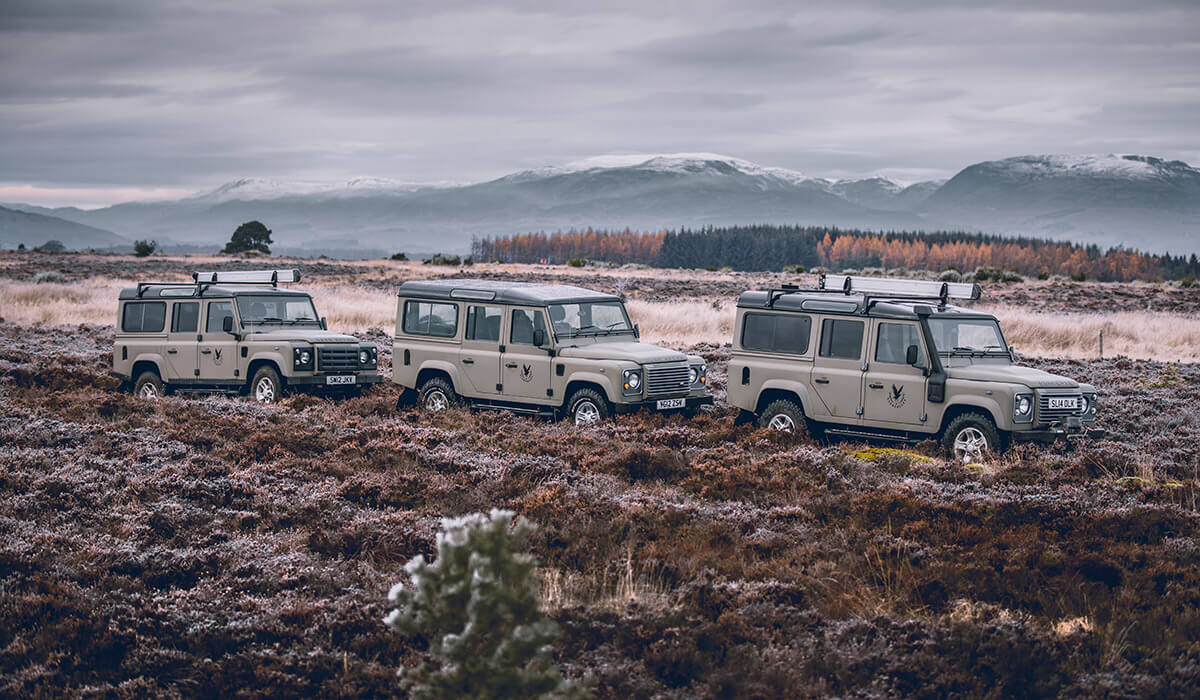 Autumn and winter see the landscape become even more dramatic at Gleneagles, where a wealth of outdoor pursuits make it the perfect destination for experiencing the Scottish Highlands at their best.

With shimmering lochs, ancient woodland-lined glens, abundant rivers and a smattering of Munros within easy reach, it’s little wonder that outdoor pursuits are integral to life here at Gleneagles. Our close proximity to such iconic Highland landscapes has given rise to our nickname of ‘The Glorious Playground’, with autumn and winter, in particular, providing plenty of opportunities for the adventurous to immerse themselves in nature.

“Traditionally people have always travelled up from the cities to estates such as Gleneagles for long stints to play golf, shoot and fish before heading back down en masse on the trains,” says Yuri Janssen, Head of Adventure at Gleneagles, referencing 19th-century artist George Earl, whose painting “Going North” evocatively captures the crowd at Kings Cross boarding a train to the Highlands laden with rods, reels, guns and dogs. “Scotland is steeped in a rich tapestry of sporting traditions and we’re spoilt for choice as to what one can do – we’re surrounded by rivers, lakes and mountains with abundant wildlife.”

For Janssen, autumn marks a particularly special time at Gleneagles, with changes in the flora and fauna creating distinctive reminders of the shifting seasons. “It’s hard to beat Perthshire at this time of year – the first frosts come in late September and there’s a spectacular change in colour within the ancient woodland, with summer’s green hues turning to golds, reds, russets, yellows and oranges,” he says, adding that this time of year also sees several hundred thousand migrating geese starting to arrive from Scandinavia and Russia, while majestic red deer begin the rutting season, with the roars of stags “reverberating throughout the glens as rivals vie for supremacy”. 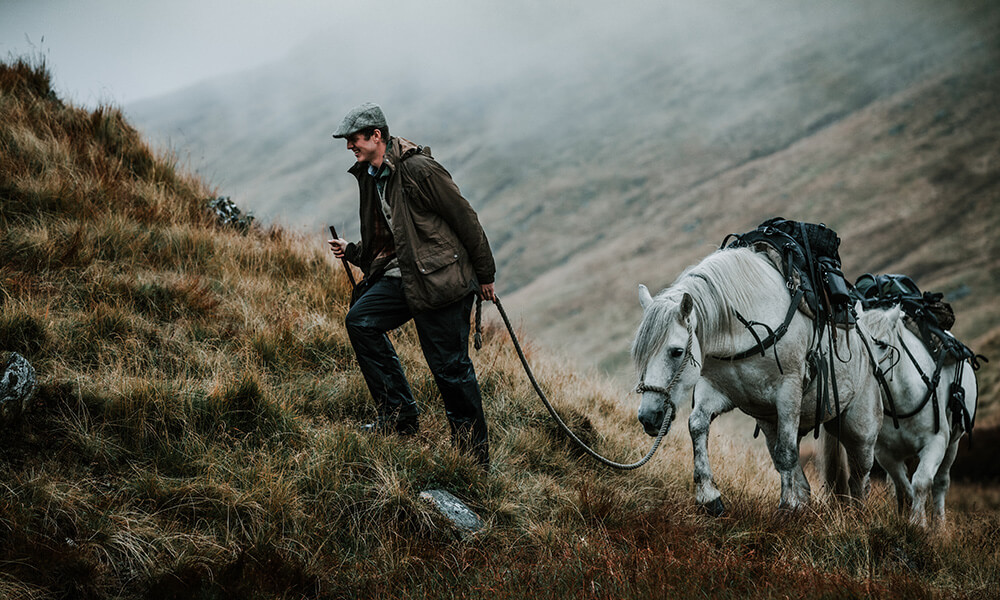 With abundant red and roe deer for neighbours, stalking is one of the major draws at this time of year, with a wide range of exhilarating excursions available for all experience levels, from deer stalking outings through to walked-up game days. “Stalking is a wonderful day out – even just to be in the hills is a thrill in its own right,” says Janssen, who welcomes parties throughout autumn and winter for this most memorable of experiences. “We have state-of-the-art Swarovski spotting scopes and binoculars for observing red deer, with royal stags – those with 12 tines on their antlers – a true symbol of the Highlands.” Elsewhere, game bird seasons run from August through to the end of January, depending on the species, with our world-renowned shooting instructors on hand to deliver a memorable day out.

While another of the region’s most popular pursuits – wild Atlantic salmon fishing – takes a hiatus during spawning season from late October, it returns with a bang in the new year. The grand reopening of the River Tay on January 15 is one of the most important dates in the sporting calendar, with guests able to apply for a spot on the river to land the ultimate prize – a fresh-run opening day spring salmon – accompanied by traditional Gleneagles’ hospitality. A century ago, local nurse Georgina Ballantine landed a 64-pound salmon on the River Tay and – while Janssen doubts that Miss Ballantine’s record will ever be broken – he says few destinations in the UK can beat the Tay for Atlantic salmon fishing. “Overseas visitors love coming here to experience traditional Scottish pursuits and try their hand at landing a salmon on fly,” says Janssen. “Many salmon fishermen have started their journey with us here before continuing their career abroad.” Elsewhere on the estate, the brown trout season runs from March to early October and rainbow trout can be fished all year round, with courses ranging from introductory sessions to advanced coaching overseen by our expert team of ghillies. 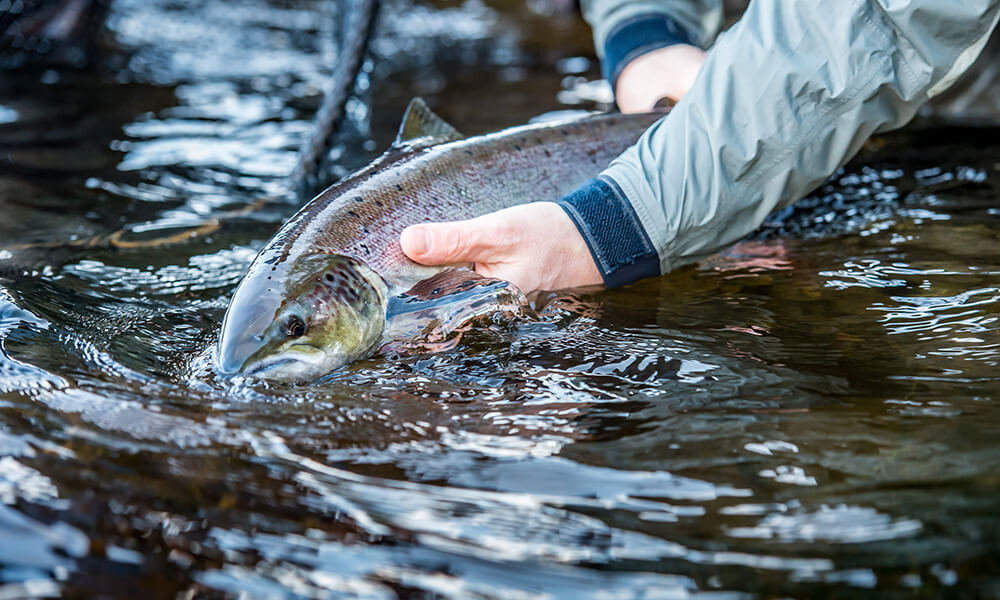 Yet there’s far more to experience than shooting and fishing alone. As well as archery, falconry, hawking and nature photography courses – where highlights include leaping salmon at Buchanty Spout and the black grouse lekking season in early spring – Janssen recommends Gleneagles’ off-roading programme. It’s technical courses place visitors behind the wheel of a Land Rover Defender in spectacularly rugged surroundings. “These tours are an opportunity to immerse yourself in these wonderful landscapes for a morning or afternoon,” says Janssen. “They give one a chance to observe our red deer and golden eagles, tour through some of the neighbouring villages and for our local guides to impart their knowledge – it’s a real blend of history, nature and culture.”

All of this is, of course, in addition to the first-class hiking on our doorstep, which ranges from leisurely glen walks through to the challenging 985-metre ascent of Ben Vorlich. “Many of our local walks are suited to ‘DIY’ – our Trail Yard team are incredibly knowledgeable and can provide advice and point you in the right direction,” says Janssen. “We also have a knowledgeable team of walking guides who can lead lengthier cairn walks up above the Gleneagles estate and experienced mountain leader guides who cater for more adventurous hikers looking to bag a Munro.” And, reflective of the first-class service Gleneagles is known for, Janssen adds that bespoke picnics and ad hoc moments by the lochs for hot drinks or a dram are never far away – a deserved reward for any winter Highland outing.

Find out more about our Pursuits