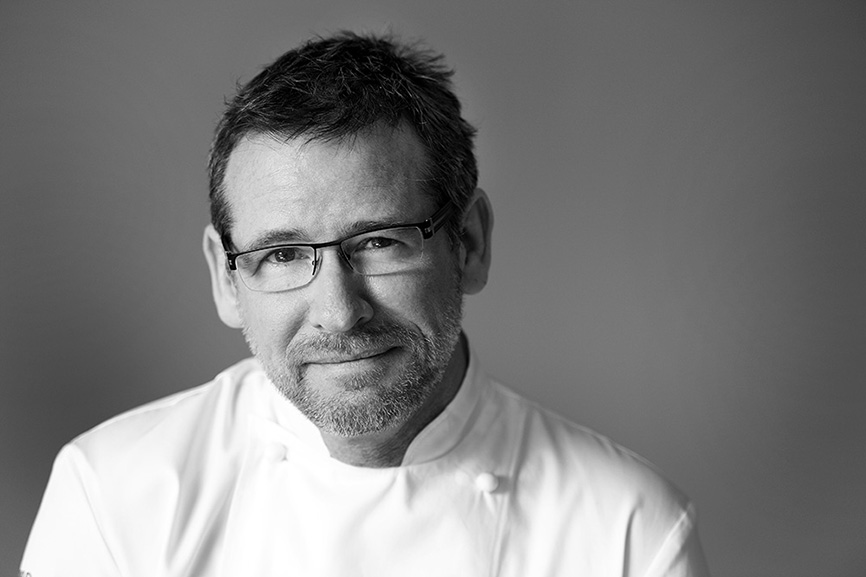 Launching at the HIT Talent Conference 2019, the Fairlie Scholarship has been in the planning for some time with the late Andrew Fairlie spearheading the initiative in partnership with HIT Scotland – an industry charity he was closely associated with.

Sponsored jointly by HIT Scotland, the Scottish Government and Gleneagles, and positioned as the ultimate scholarship any aspiring chef could receive, the Fairlie Scholarship will be awarded annually to a male and female chef in light of Andrew’s unwavering commitment to diversity in the kitchen.

As the first, and youngest, recipient of a Roux scholarship in 1984, Andrew recognised the life-changing opportunity such an award will provide. It is hoped that the Fairlie Scholarship will complement the incredible Roux scholarship protocols with a Scotland focus.

In December 2018, Andrew Fairlie was quoted saying: “I know from first-hand experience how valuable this type of development can be for all aspiring chefs. I am particularly excited by the fact that this opportunity will allow a male and female chef to experience a world class scholarship which will enhance their all-round culinary knowledge. I hope that this will inspire the next generation of Scottish talent with the ongoing support of Gleneagles and HIT Scotland.”

The scholarship, run through HIT Scotland, will recognise two outstanding individuals who are forging ahead with their culinary career and either studying and/or working in Scotland. The recipients will gain industry-wide recognition as Fairlie Scholars and experience once-in-a-lifetime opportunities such as a practical stage in an international kitchen, a placement at the Culinary Institute of America and at Restaurant Andrew Fairlie at Gleneagles.

Michelin star chefs Tom Kerridge and Sat Bains will be involved in the judging process for this prestigious scholarship, alongside Masterchef winner and National Chef of Scotland, Gary McLean.

In support of the Fairlie Scholarship First Minister Nicola Sturgeon said: “Andrew Fairlie was taken from us far too soon. Yet his contribution – to the food industry, and to Scotland – will always be remembered. And we are determined to ensure that his legacy endures.

“That’s why the Scottish Government, the Hospitality Industry Trust Scotland and Gleneagles Hotel are creating an Andrew Fairlie Scholarship. Each year, it will give two talented young people – one male, and one female – the opportunity to train in top restaurants, make important industry contacts and learn from top chefs.

“Andrew and his wife Kate were involved in developing the scholarship. Our hope is that it will help to inspire the next generation of world class chefs in this country. As a result, it will benefit Scotland’s food and drink industry. And it will also be a fitting and lasting tribute to the life and achievements of Andrew Fairlie.”

Having worked closely with Andrew on the development of this scholarship, David Cochrane, chief executive of HIT Scotland, added: “In a world where honesty, integrity and sheer hard work to achieve success are not always apparent, Andrew Fairlie summed up these qualities in abundance and influenced many chefs locally, nationally and internationally. What will make the Fairlie Scholarship so unique to Scotland is the fact that it will be awarded annually to two chefs in Scotland – one male and one female. This reflects the huge amount of work that Andrew has championed over the years to ensure gender equality in his kitchen and the industry at large.

“We are hugely appreciative to Andrew Fairlie for paving the way for aspiring chefs to work in inclusive and diverse kitchens and believe the Fairlie Scholarship will provide a huge opportunity for future talent in our industry in Scotland.”

Gleneagles and Ennismore’s CEO, Sharan Pasricha, said: “Andrew Fairlie was a treasured part of our Gleneagles family, whose remarkable talents, passion for excellence and unwavering efforts to nurture the talents of others inspired the wider team every day. Through our co-sponsorship of this scholarship alongside the Scottish Government, we’re proud to ensure the flame that Andrew established continues to burn as we support and celebrate the next generation of world-class chefs in Scotland.”

To apply, potential candidates will complete an online application stating why he/she felt that they should be successful in winning The Fairlie Scholarship, this will then be followed by a shortlist of interviewees then a skills test would then follow to establish key skills that would be expected of a Fairlie Scholar. Eligible applicants can find out more information by visiting https://hitscotland.co.uk/scholarships/.