A wise head on young shoulders 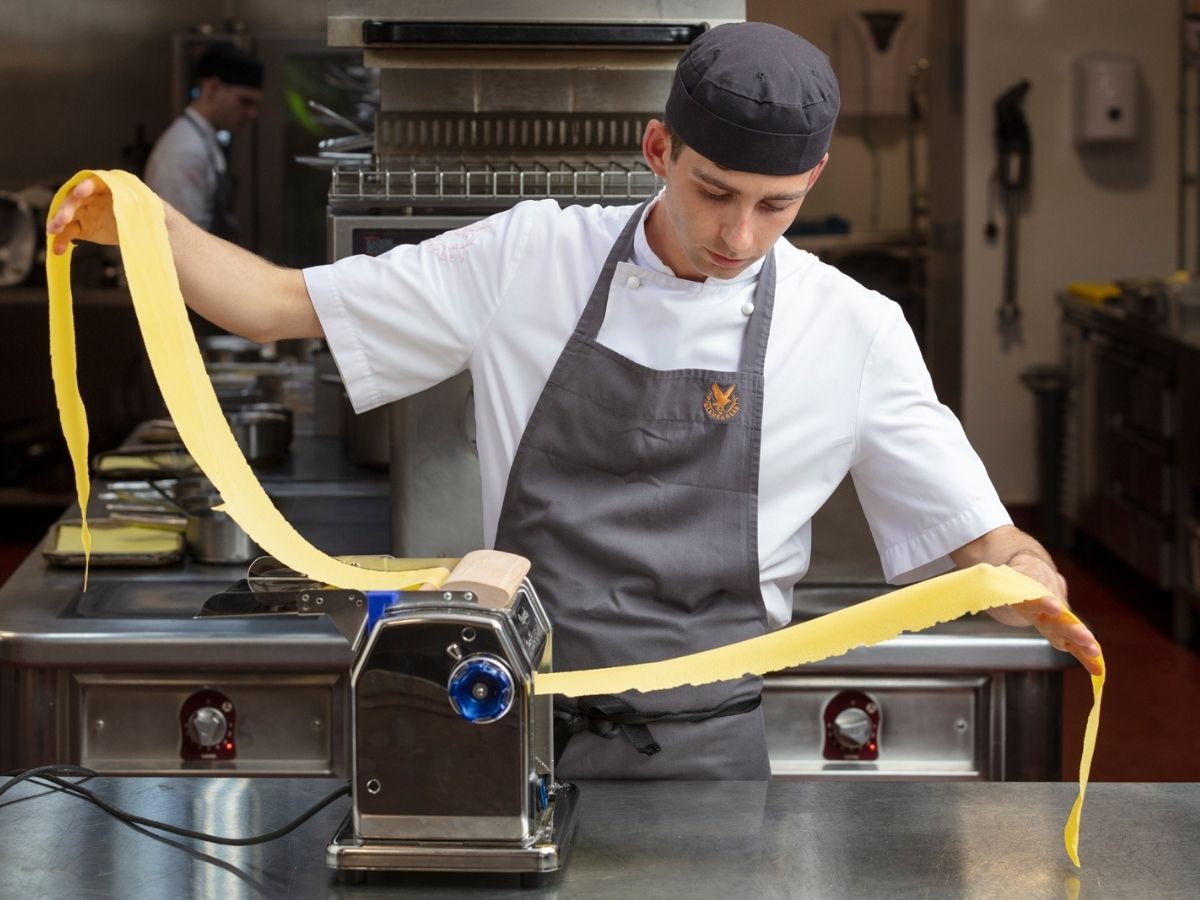 We’re thrilled to announce that our Junior Sous Chef, Peter Meechan, has been crowned the UK’s Young Chef of the Year in the prestigious Young Chef Young Waiter (YCYW) competition!

On the same night, he scooped the prize – a Mercedes-Benz car no less – for YCYW Best Overall Young Chef in the UK, China and South East Asia.

The competition, which seeks to find the best young chef and waiter the UK has to offer, saw Peter battle it out against hundreds of his culinary peers, including a live final where he had to cook a three-course menu for a panel of judges.  He was joined on the winner’s podium by another young Gleneagles star, Hellie Honey, who came runner up in the UK’s Best Young Waiter of the Year category.

24-year-old Peter Meechan first joined our team four years ago as a Chef de Partie.  As a boy, he had visions of becoming a footballer, but an inspiring school teacher and daily training sessions in the family kitchen sparked the start of his culinary career.

“I feel so lucky to get paid to do what I love,” he says.  “I’ve always enjoyed cooking but I never contemplated becoming a chef until I was about 16; before that, like most boys that age, my dream was to become a premiership footballer.

“I wasn’t academic at school and hated sitting at a desk, but I had a great home economics teacher who encouraged me to think seriously about a professional culinary career – I enjoyed how practical and creative her classes were.  I also grew up in a huge family – I’ve got six brothers and sisters – so we all had to get stuck in to help cook dinner every night. It was a great training ground – you might say I’ve been a chef my whole life!

“Our guests have the highest expectations which pushes me to deliver my very best on every shift.  You’re continually refining your skills, developing as a professional, being pushed out of your comfort zone and learning every day.  I’m like a sponge soaking it all up – I love it!”

The pressure and pace are Peter’s favourite aspects of culinary.  “When it’s a Saturday night, and the restaurant’s fully booked, you know you’re a part of a team that’s working together to carry off a mammoth and seamless operation – there’s a buzz and adrenalin rush that comes with it that’s just incredible. You feel so proud you’ve contributed to making 250 guests feel happy – the sense of achievement is immensely rewarding.”

Theo Randall, one of the competition’s culinary judges, says: “It was a pleasure to judge YCYW again and made me proud of how much young talent is bursting through at such a difficult time. Peter Meechan is a natural cook with outstanding ability, the dishes he created were not just perfectly cooked, but the skill he showed in preparation was a joy to watch. He is currently working at the legendary Gleneagles hotel, which has helped develop another star of the future. I wish Peter all the success he deserves and look forward to seeing this talented young man reach the pinnacle of our beloved industry.”

Winning this accolade is an experience that Peter accepts with great humility.  “I didn’t expect this – it feels completely surreal. It’s been humbling to compete alongside the country’s most talented young culinary stars, all of whom I admire and respect.  So, to win is a great honour which gives me the confidence to continue learning and developing as a chef.”

Peter recognises that the ambition, passion and dedication he once hoped to channel into sport have stood him in good stead for a successful culinary career.  “There are actually many similarities between the life of a premiership footballer and a chef,” he says.  You can hone your craft within some of the best teams in the world; you perform your best when you work collaboratively and play to everyone’s strengths; you can travel the world and learn from the greats; you’re under intense pressure to perform to the highest standard; and at full time you want the audience to leave with big smiles on their faces.  I’ve taken the career path I always wanted; it’s just a different kind of match!”