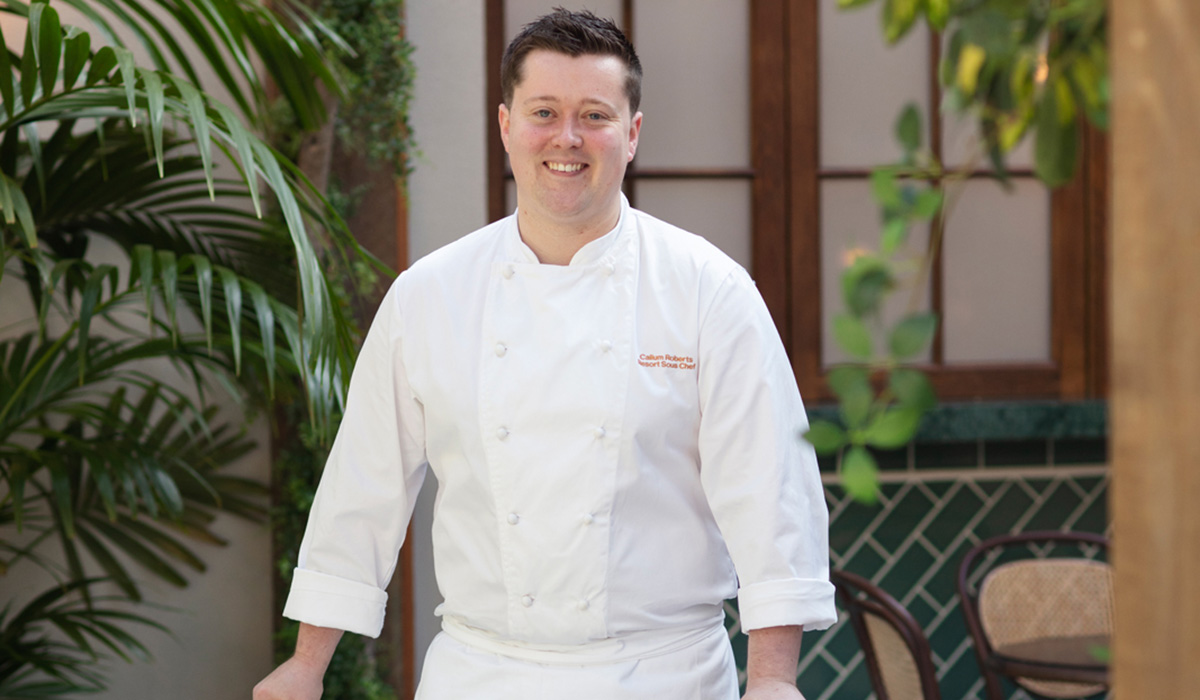 We’re so proud of our Estate Sous Chef, Callum Roberts, who has been crowned an Acorn Award winner!

Each year, the prestigious Caterer’s Acorn Awards recognise the 30 brightest prospects under 30 years of age in the hospitality industry.

From leading the culinary operation during our busy festive period, and introducing exciting new afternoon tea concepts, to stepping up to cater for the world’s best golfers at the 2014 Ryder Cup and 2019 Solheim Cup, and playing a pivotal role in the eagerly anticipated relaunch of our fine dining restaurant, The Strathearn, in 2019, Callum says he loves to rise to a challenge.

Even after all these years, he still gets pre-service nerves before dinner service. “Then the adrenalin kicks in,” he says, “and you’re absolutely buzzing to be working as part of a phenomenal team of chefs, in one of the busiest kitchens, in one of the most iconic hotels in the world – it’s an amazing feeling.”

Callum’s achievement builds on a long history of culinary excellence for Gleneagles and a recent string of successes for the kitchen team.  Our Head Pastry Chef Andrew Mackay also joined the Acorn Awards hall of fame last year as one of the most promising rising stars in the industry, while our Executive Chef, Simon Attridge – formerly Head Chef at the Michelin-starred Drakes on the Pond and Heston Blumenthal’s Riverside Brasserie – was crowned Hotel Chef of the Year in the 2019 Hotel Cateys.

Gleneagles’ Managing Director, Conor O’Leary, says: “We’re delighted at Callum’s outstanding achievement, which reflects his unwavering dedication to both Gleneagles and the culinary arts since he joined our team eight years ago.

“Our 100-strong kitchen brigade works passionately and tirelessly throughout the year to provide our guests with outstanding dining experiences.  We’re so proud to see that talent and spirit of professional excellence recognised in Calum’s award, as well as a host of accolades won by the team over the past 12 months.”